A few months ago, friend Will came up with the idea of combining the board game Battleship with beer. Basically, if you get a hit, you have to drink a shot of beer. He also added a new rule: if you hit a mine, you actually had to take a shot of liquor of the other team’s choice.

Pure brilliance, obviously. Will had it set up at his spring party, but alas, no one ever got around to playing it that night.

That changed today, when he hosted this month’s beer club. Friend Sara and I took on Team Jason to play the inaugural game, and we won! Admittedly, our victory may have been due to some questionable record keeping, but we’ll take it. 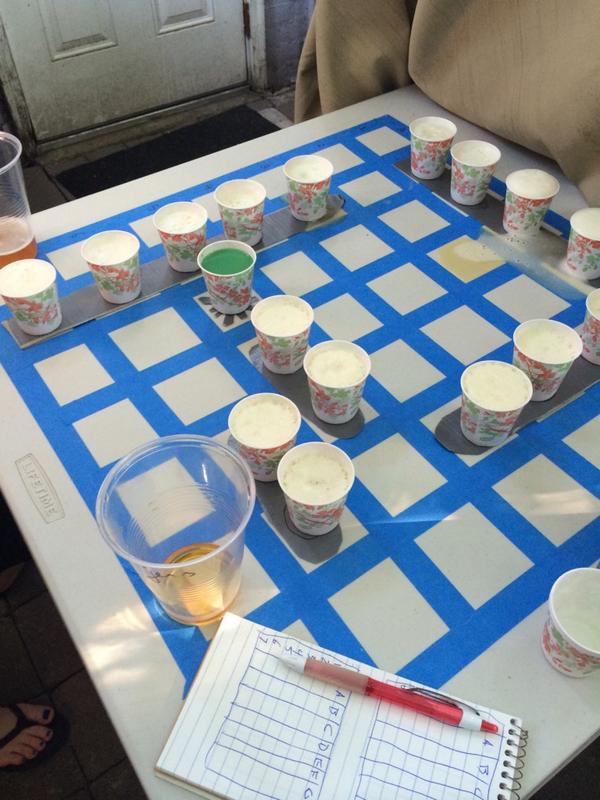